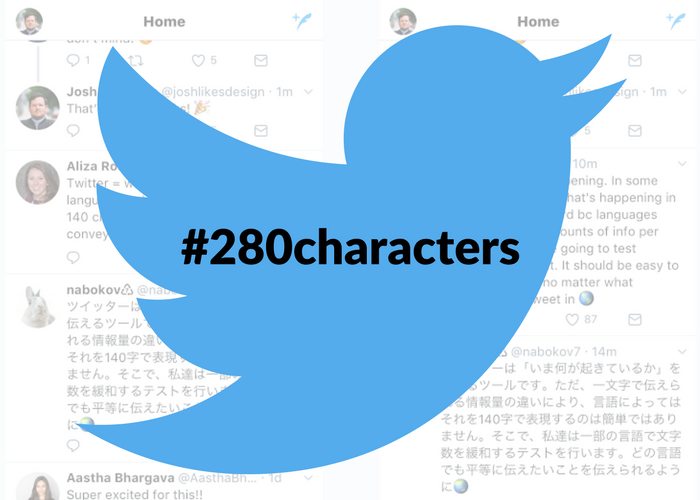 Want to voice your opinions or scream out your thoughts and musings to the world via Twitter but those 140 characters are a buzz kill? Look no further. We are here for your rescue ! Providing you with Twitter hacks and letting you scribble in just double the character limit, is our life jacket for you. Stick till the very end for some interesting disclosures and back end entrances.

Twitter a social outlet or a platform often reckoned as a “micro-blogging” space for sharing your two cents, known as “Tweets” in Twitter terms. It is available to everyone and anyone free of charge. Created by Jack Dorsey, an entrepreneur famous for 2 of his unicorns namely Square and Twitter itself.

Twitter is a widely used platform which is accessible both by its official application (downloadable from Google Play Store) as well as their web page. With the magnitude of it’s reach, in today’s world a Twitter account is deemed important. However, as efficient Twitter is as a social media handle, it’s 140 character limit is bothering at times. These 140 characters gives this social media handle a punch of uniqueness and a minor challenge to the users to keep what they have to say short yet meaningful.

Interestingly, Twitter apprehended this concern of the 140 character limit and by November 2017 came up with an update that would increase the word limit twice as much to 280. Pre Christmas gift for those Twitter loyalists!

As amazing this Twitter update sounded, a disclaimer for the Korean, Chinese and Japanese correspondents was also released stating that they were being deprived of the 280 word update as their language were abundant to convey less in more words.

Are You Able to Use the 280 Character Limit?

Initially in the testing phase of this update, only a select 5% of the people were fortunate enough to use it. (Unlucky you ; still searching for hacks to use this Twitter Update). These 5% accounts which were to use the update perk were chosen totally at random though. Do not be disheartened, Twitter has not been fair with most of us out here either. Now after 2 Years, this Twitter update claims to reach all it’s users. But this is not the case.

After time and over of updating and uninstalling the app and repeating the process for numerous times, Twitter’s 280 character benefit has not really reached all. But some have achieved it from using their web page instead of the application.

For this very purpose many third party applications and software arose. Out of which some have failed in this war to get those 280 characters. Enters TweetDeck, char280 extension and TamperMonkey script to your aid !

Deciphering it from it’s name, TweetDeck is a deck or a dashboard application for management of Twitter accounts. If you are familiar with it then you have the 280 character limit benefit already. This concept of TweetDeck Developer Menu was brought into a working concept by innovators at The Next Web.

Head on to TweetDeck, login/register on there and let’s proceed further.

• After successfully being able to open TweetDeck, go to “View” and pull down the “Developer” menu and click on “Developer.”

• Hit “Sources” on the side of “Console Menu” and you’ll be able to find “Snippets,” and open it.

• Now to the last step, click the “New Snippet” button; and then copy paste the code from this link to the empty text box/window.

• When done with copying the code into the empty window, strike “Play” on the bottom right screen and you are through.

A few alterations with the Java script can tailor your settings for those 280 characters. A working concept introduced by Thomas Evans, COO to EmailOctopus came up with this Chrome Browser Extension.

As funny as the name sounds, it’s effectiveness cannot be questioned. The TamperMonkey Extension is efficient enough to install a userscript that let’s you get going with 280 characters for Twitter.

The above solutions will be handy enough to help you increase the character limit. Now nothing can keep you from typing away those flowery tweets!

Just to bring to your notice that Twitter is constantly coming up with defenses or protection against any third party applications and software. Under desperation don’t just try anything for the mere sake of using those 280 characters.

Be the Twitterati you were meant to be. Tweet away !